The Nikon 200-500mm lens and the Tamron 150-600mm lens are some of the most popular super zoom lenses available especially for their telephoto ability. Each one of them has an advantage when you put both of them together. Questions are citing ‘Nikon 200 500 vs Tamron 150 600‘ comparison, sometimes people get confused between ‘Tamron 150-600 g2 vs Nikon 200-500’. Tamron 150-600 g2 is the revised version with a better optical sensor.

As with comparisons, each lens has something over the other, the new G2 version with a better optical sensor of the lens selling for the same price as the Nikon 200-500mm lens. This makes the comparison fair and exciting. The general view people have is that Nikon is the sharper between two and Tamron has always been faster, it has faster autofocus. This again puts up a question, Nikon 200-500mm vs Tamron 150-600mm which one to pick?

It may depend on the photographer; some of us may prefer a sharper lens, while some of us may like the quick autofocus. However, as per a few tests, these two lenses are equally sharp. Lenses above 300mm get a little difficult to use sometimes. They have a lot of magnification which can cause distortion and a few other color-based impurities or flaws in the pictures clicked. Comparing the lenses side by side, you’ll notice one set of test shots one lens was sharper; however, the next set the other lens was the better of the two.

Hence we have compared the two based on critical metrics which a photographer looks at; such as build quality, sharpness, image stabilization, and autofocus.

The two are the premium lens, and they offer good build quality. Nikon 200-500mm and Tamron 150-600mm G2 both come with a rubber gasket at the lens mount, but Tamron makes an official claim about being weatherproof. While none of them claims to be waterproof, so don’t get confused between the two terms. Tamron can stand light rain, mist, fog, and stream but don’t expect it to last a good downpour. You cannot claim warranty for damage caused by water. The Nikon lens features a five-year-long warranty over Tamron’s six. This shouldn’t make much difference; most manufacturing defects are visible during the initial usage of the lens. Post that you will notice normal wear and tear which the warranty does not cover.

Nikon 200-500mm and Tamron 150-600mm G2 both come with a tripod mount, and they both operate the same way, the Nikon is slightly longer when compared to Tamron. There is a finger indent that many users like while carrying the lens and camera together, but again it’s your personal choice you may also like Nikon’s long handle.

This is why the lens remains constant in its size during focusing; however, it changes the zoom length. There is a negligible difference between the two when it comes to the output. However, there is a lot of difference in the way they both operate. The technology they both use is different.

Nikon 200-500mm and Tamron 150-600mm G2 both outshine when it comes to image stabilization, and both lenses worked well. Something you will notice on Nikon was a tendency of the image to jump around significantly more when compared to Tamron after a shot was clicked which meant you would have to recompose slightly.

This can cause a problem when you are shooting a burst as the image would jump around quite a lot from one shot to another shot. Tamron had a slight edge in this. Most photographers owning zoom lenses shoot mostly at the far or near end of the lens’s zoom range. The less frequently shoot at the intermediate focal lengths. Now since these are super-telephoto zooms, users will most likely be spending a lot of time.

When it comes to strong backlight, they both perform the same flare. These lenses lack expensive coating, and therefore they underperform to intense backlighting. The images come out quite soft for the same reason. Flare is also the test of the capability of the lenses in extreme conditions.

Depth of field or Bokeh

If there is something every photographer loves is Bokeh and depth of field. Tamron offers a brighter image, but the Bokeh doesn’t retain the same sharpness as Nikon. Nikon offers a more round appeal to the Bokeh.

There are few other things people can consider, such as zoom lock and the design. Zoom lock can prevent the extension of the barrel. If you shoot at maximum focal length, you don’t need to worry. However, both of them will extend to full length if you don’t block them.

Tamron and Nikon hoods are both a pain to untwist from the stowed mode. They both struggle with a strong backlight.

Tamron comes with just a plastic bag. Nikon comes with the standard Nikon black sock. It depends on your preference. Nikon 200-500mm and Tamron 150-600mm G2 are both excellent and choosing between them will certainly give you a hard time. The Tamron is slightly cheaper. Considering the weight and the focal length specs offer a fantastic advantage, Nikon takes it when it comes to constant aperture and minimum focus distance.

One of the biggest disappointments Nikon has to offer is Nikon’s VR system! The jumping image phenomenon is probably, which puts it at a disadvantage. Still, at the same time, the focus and the Bokeh take the cake. The sharp round edges especially when you pull down the focal length.

So which one should you buy? Well, it comes down to your personal preference. The value for money Tamron offers a fantastic job, but at the same time, it’s impressive how Nikon managed to price a lens at such a price. If you believe you need that extra 100mm ranch that Tamron offers to go for it while you want a better depth of field goes with Nikon. They both fare well when compared side by side. There isn’t much difference between the two, and they use different technology, yet they deliver pictures very close to each other in almost every segment you test them on. Both do a fine job.

Newer Best Lens for Solar Eclipse – Top Rated Products by Expert
Back to list
Older How to Change Shutter Speed on Nikon D7000? Know all about Modes & Menu 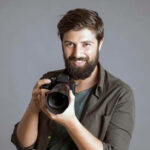